Vascular disease affects the blood vessels, arteries, and veins of the circulatory system and is a subgroup of cardiovascular disease. Disorders in this vast network of blood vessels, can cause a range of health problems which can be severe or prove fatal, if not treated. 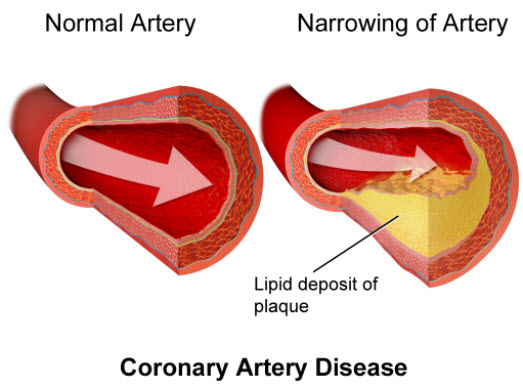 “Vascular” comes from a Latin word for hollow container. Any condition that affects this system is considered vascular disease. The diseases range from problems with your arteries, veins, and vessels that carry lymph to disorders that affect how blood flows. A disease can lead to your tissues not getting enough blood, a condition called ischemia, as well as other serious, even life-threatening, problems.  A system of flexible tubes, some big, some tiny, move fluids throughout your body. If they were stretched end-to-end, there would be enough to circle the Earth multiple times.

As your heart beats, it pumps blood with oxygen and nutrients to feed your tissues and carry off waste. Arteries move blood away from the heart. Veins return it.

Lymph vessels and lymph nodes are also part of a cleaning system that removes damaged cells from your body. In addition, they also help protect your body from infections and cancer. These vessels pick up fluid from tissues throughout your body, and this fluid eventually drains back into veins under your collar bones.

This whole network of vessels is known as your vascular or circulatory system.

Coronary arteries supply blood to your heart muscle. Peripheral arteries carry blood to other tissues and organs throughout your body. Both can have deposits of fat, cholesterol, and other substances on their inside walls. These deposits are known as plaque. Over time, plaque can build up, narrowing the vessel and making it hard for blood to flow.

Eventually, the artery will be so narrow that your body’s tissues don’t get enough blood. Depending on where it happens, you can have different symptoms and problems. For example:

When you don’t have any blood flow to a part of your body, the tissues could die. If that happens, you may lose a limb or an organ.

Small aneurysms generally pose no threat. But they do put you at risk for other problems, for example:

Because the artery wall is stretched and thinner at the spot of an aneurysm, it’s fragile and could burst under stress, like a balloon. The sudden rupture of an aortic aneurysm can be deadly.

When you’re cold or excited, the small arteries of your fingers and sometimes your toes may twitch or cramp. This can temporarily shut down blood supply to the area, making your skin look white or bluish and feel cold or numb.

The working conditions of some jobs bring on Raynaud’s. Or the symptoms might be related to underlying diseases, including lupus and rheumatoid arthritis..

This rare disease most often affects the small and medium sized arteries and veins in your arms and legs. They swell up and may get blocked by clots, cutting off blood supply to your fingers, hands, toes, or feet. These body parts will hurt, even when you’re resting. If it’s severe, you might need to amputate fingers or toes that have died.

At this time the cause is unknown, but there is a strong association with tobacco use, including second hand smoke.

Damaged valves may not close completely as your muscles relax. This allows blood to flow in both directions, and it can pool.

Varicose veins are an example of this. They may bulge like purple ropes under your skin. They can also look like small red or purple bursts on your knees, calves, or thighs. These spider veins are caused by swollen small blood vessels called capillaries. At the end of the day, your legs might ache, sting, or swell.

More women than men get varicose veins, and they often run in families. Pregnancy, being very overweight, or standing for long times can cause them.

Because the blood is moving more slowly, it may stick to the sides of the veins, and clots can form.

A blood clot in a vein inside a muscle, usually in your lower leg, thigh, or pelvis, is a deep vein thrombosis (DVT). If it breaks loose and travels to your lungs, it becomes a pulmonary embolism (PE). These clots in your veins are called venous thromboembolisms, or VTE.

Damaged vein valves or a DVT can cause long-term blood pooling and swelling in your legs, too. That’s called chronic venous insufficiency. If you don’t do anything about it, fluid will leak into the tissues in your ankles and feet. It may eventually make your skin break down and wear away.

Some illnesses can make your blood more likely to form clots. You could be born with one, or something may happen to you. These disorders can cause:

Your lymphatic system doesn’t have a pump like your blood circulation system does. It relies on valves in the vessels and muscle contractions to keep the lymph moving.

When vessels or nodes are missing or don’t work right, fluid can build up and cause swelling, most often in your arms or legs. This is called lymphedema.

Primary lymphedema is rare. It happens when you’re born without certain lymph vessels or when you have a problem with the tubes themselves.

A blockage or interruption of the lymphatic system is called secondary lymphedema. It can happen because of:

In a future blog post, we will describe current treatments being used to combat vascular disease. In the meantime, watch this informative video on peripheral arterial disease (PAD).