Too much sleep can be just as bad for you as getting too little sleep according to the American Heart Association.

That’s right — getting more than the recommended seven to nine hours per night  is now linked to a higher risk of premature death.  Indeed, according to the American Heart Association (AHA), excessive sleeping is much more dangerous to your health than sleeping too little. This conclusion is based on study results reported this month. to a new study published this month in the Journal of the American Heart Association.

Researchers at the University of Keele in England reviewed 74 studies involving more than 3 million people. They discovered that those who reported they slept 10 hours a day had a 30 percent greater risk of dying early.  Specifically, those who spent more than 10 hours a day in bed, had a 56 percent increased risk of death from stroke. That’s not all. This group also showed a 49 percent increased risk of death from cardiovascular disease. 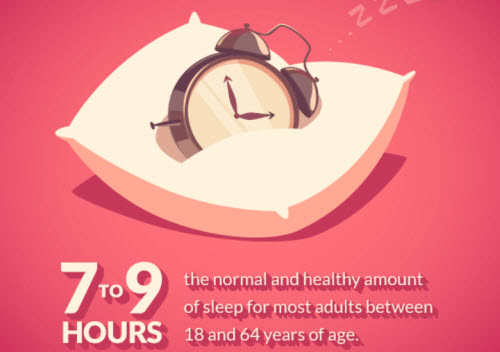 Too Much Sleep: Jeopardizing Your Health

The amount and quality of sleep has not been traditionally associated with a risk for cardiovascular disease. Heart disease causes over 780,000 deaths each year in the United States. Researchers say that excessive amounts can be a precursor to a diagnosis of obstructive sleep apnea or heart disease.

Chun Shing Kwok, lead researcher on this study, says that a change in  habits should be reported to your doctor. Abnormal sleep is a marker of elevated cardiovascular risk and greater consideration should be given in exploring both duration and sleep quality during patient consultations.