Researchers claim they may have found a new way to treat dementia. 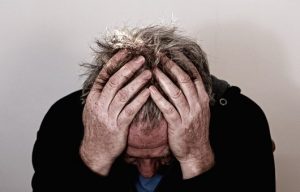 Alzheimer’s and Dementia in N.J.

This is exciting news. Especially for residents of New Jersey, where the disorder is no stranger. According to a survey in 2016, over 68% of adults in the state know someone suffering from Alzheimer’s or dementia or did so in the past. In most cases these were family members (71%) or other relatives (31%).

So it would be safe to say that this is a subject close to heart for many New Jerseyans.

According to the researchers, there are no new drugs to cure Alzheimer’s, which makes it very challenging to treat the disease.

What they found was an unlikely solution. In a process known as ‘drug repurposing,’ the team tested several drugs from a class of SSRIs for the treatment of Alzheimer’s disease (AD).

SSRIs, or Selective Serotonin Reuptake Inhibitors are a class of antidepressant drugs, which are used to treat depression, as the name implies. They are also “the most commonly prescribed antidepressants,” says the Mayo Clinic.

The way they work is by blocking your brain from taking serotonin back once it was released, which causes you to have more of the neurotransmitter floating around in your head.

In their experiment on SSRIs for dementia, the researchers tested paroxetine, fluvoxamine, fluoxetine, sertraline, and escitalopram.

Out of the 5, they found fluoxetine and paroxetine to deliver the most promising results. You may be more familiar with the brand names of these drugs: Prozac and Paxil (or Pexeva), respectively.

The Future of SSRIs for Dementia

So is a pharmaceutical cure for Alzheimer’s disease or dementia a matter of time?

The researchers are hopeful but cautious: “These studies demonstrate that SSRIs … could be beneficial to AD patients on SSRIs,” they write.

Hopefully, the matter will be studied further and dementia will become a thing of the past.

Do you have a loved one suffering from AD?

Are they on Antidepressants?

What do you think about SSRIs for dementia?