Opioid abuse in the United States is rampant.  Every day, more than 90 Americans die after overdosing on opioids according to the National Institute on Drug Abuse. Opioids are a class of drugs that include the illegal drug heroin, and synthetic opioids such as fentanyl. In addition, pain relievers such as oxycodone (OxyContin®) and hydrocodone (Vicodin®), are available legally by prescription. 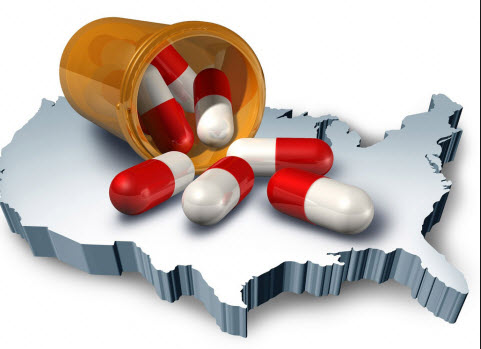 Opioids attach to brain receptors and emit chemicals which blocks pain, slows breathing, and calms.  Therefore, long-term usage will increase tolerance levels and lead to higher addiction rates, even if taken as prescribed. Hence, the same drug dosage becomes less effective and can lead to overdose.

About 12.5 million Americans misused prescription opioids in 2015, according to the U.S. Department of Health and Human Services. Opioid overdoses caused more than 33,000 deaths in the USA in 2015.

Express Scripts monitors for patterns of “pill shopping,” where a patient will go from doctor to doctor to collect additional prescriptions.

Watch this video from the AARP. You will be Moved.

Opioids abuse in the United States is killing people and Express Scripts is attempting to bring this epidemic under control by limiting prescriptions and dosages.  However, the American Medical Association, is against this plan as they maintain that treatment plans should be left to doctors and their patients.