Personality is all the ways you think, feel, and act. Indeed, it what makes you, singularly you. Your habits, quirks, and the way you react to the world around you. Even though your moods change and you learn and grow over the years, there’s still a certain you-ness to it all. But some health conditions can affect your personality and make you act in ways that are out of character for you. 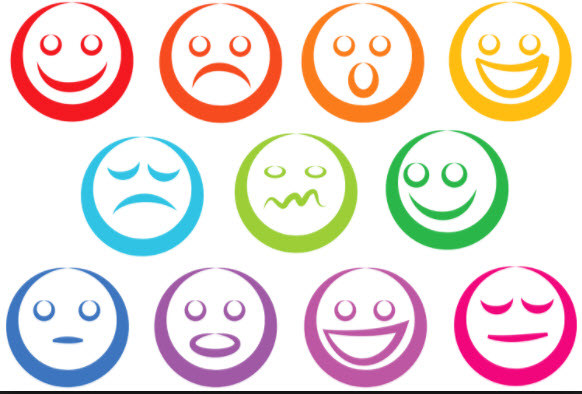 This illness affects your thinking, judgment, memory, and decision-making. It can make you feel confused and change how you act. Early on, you may be anxious or more easily annoyed. Over time, it can have more serious effects. A sweet, thoughtful person might become bossy and demanding. Or someone who used to worry a lot or get stressed easily might be easygoing and content.

After Alzheimer’s, this is the next most common type of dementia. Clumps of unusual proteins, called Lewy bodies, form in the areas of your brain that control memory, movement, and thinking. So it affects you both mentally and physically. People who have it tend to become more passive, showing little emotion and losing interest in hobbies and other activities.

While it might start as a little shakiness in your hand, Parkinson’s can eventually affect how you walk, talk, sleep, and think.  Even early on, it can lead to things like obsessing over small details or a sudden carelessness. Later, you may seem absent-minded or not as social as you used to be. And it gets harder to keep your thoughts going in one direction.

This is an illness you’re born with, but it usually only shows up in your 30s or 40s. It damages brain cells and affects every part of your life. You might have a hard time thinking clearly, or get angry to the point of hitting walls, or ignore basic things like brushing your teeth. And you may not even be aware it’s happening.

Your immune system attacks the nerves in your brain and spine. It can cause problems ranging from bladder issues to not being able to walk. In some cases, it can lead to a feeling of euphoria, where your happiness is beyond normal and out of touch with reality. It can also bring on inappropriate laughing or crying that seems out of control or not in line with how you really feel.

The thyroid makes hormones that tell your body how fast or slow to work. If it makes too much of those, it can feel like someone stomped on the gas pedal. You might be irritable, anxious, and have big mood swings. If you don’t make enough of those hormones, your personality may seem flat. You may be forgetful and have a hard time thinking things through. It can have long-lasting effects on your brain if left untreated.

A tumor in your brain’s frontal lobe can affect the areas that handle personality, emotions, problem-solving, and memory. It can make you feel confused or forgetful. Moreover, It can also cause mood swings, make you more aggressive, or trigger paranoid thoughts, like thinking people are “out to get you” when they’re not.

Tumors in the brain and spinal cord aren’t the only ones that can affect personality. If you have a cancerous one in your pituitary gland, which controls your hormone levels, that’ll do it, too. So can adenocarcinoma, which you get in cells that make mucus and other fluids. You can get that throughout your body, including the breasts, colon, lungs, and pancreas.

When blood flow to part of your brain gets cut off, the cells there don’t get enough oxygen and start to die. The effects depend on how long the stroke lasts and where in the brain it happens. You might not be able to move some parts of your body, and it can change your personality in some ways. You might lose your patience more easily, have serious mood swings, or act more impulsively than you did before.

After a serious blow to the head, changes in personality can be a hidden symptom that happens over time. In more serious cases, you may seem like a different person, saying or doing things you never would have in the past.

As it comes on, this reaches into every part of your life. It not only affects your mood, but also the kinds of things you think about, for example, your memory, and how you make decisions. Furthermore, you change how you think about the world around you. Women often feel worthless, sad, and guilty, while men tend to feel tired, irritated, and angry.

This condition (OCD) makes you feel anxious and have thoughts and urges you just can’t stop. For example, you might wash your hands over and over again. You might doubt yourself a lot and take a long time to finish simple tasks. And certainly, it may get worse if someone criticizes you, because that feeds your anxiety.

This causes mood changes that go way beyond the normal ups and downs of daily life. When you’re up, you might feel jumpy, talk really fast, and take big risks. When you’re down, you might be worried, have low energy, and feel worthless. And sometimes, you just might feel a mix of both. These intense changes will mess with your sleep and energy, and make it difficult to think clearly.

This serious mental illness can make you hear voices and see things that aren’t there. You might believe things that have no basis in reality. At first, you just might not be as social as normal. As it gets worse, it can be tough to keep your thoughts on track, making it hard to even talk to people. And you may act in ways that are way out of character, hard to predict, and out of control.

Psychoanalyst Brian Little discusses the puzzle of personality in this very engaging video:

Posted in Elmwood Health Tips! and tagged alzheimer's, life changes, mood swings, personality
← Join Us For a Dance and Luncheon at Elmwood Hills!Eating Too Much, Suggestions To Help Moderate Your Intake →