For anyone suffering from diabetes or conscious about the health, sugar is avoided whenever possible. Diabetes management has led many seniors searching for an alternative to glucose. But did you know that some of the alternatives are damaging to your health as well? 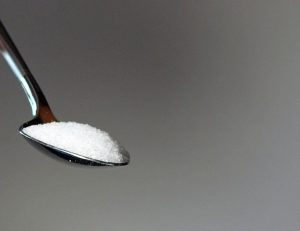 Researchers have conducted many studies on artificial sweeteners over the years. But as new ones continue to surface, further research is needed.

The FDA approved neotame as a non-nutritive sweetener in 2002.

According to the administration, data from over 113 studies, looking at the sweeteners effects on the immune system, nervous system and reproductive system show that neotame is safe.

According to sugar-and-sweetener-guide.com, neotame poses no problems.

In their words, “despite a considerable bias against it, and the number of products on the market that now contain it, there seems to be nothing of substance turning up to flag any real issues.”

The Effects of Neotame on the Gut Microbiome and Fecal Metabolites

In a study published in February,1 researchers found neotame to affect the gut microbiome in mice when consumed over a four-week period.

The gut microbiome is known to be a major factor in human metabolism.

In addition, neotame also seemed to affect mice’s fecal metabolites. The mice who took the sweetener had higher cholesterol, higher concentrations of multiple fatty acids and lipids in their feces.

The results of the study don’t paint a pretty picture to say the least.

But the criticisms don’t end there.

In a petition to the United Stated Department of Agriculture (USDA) and the FDA, petitioners rallied against the labeling policy on neotame. Apparently, you don’t need to mention neotame in the ingredients list, since it is highly concentrated. Also, you can include it in “organic” products too. So your all natural food may not be what what you think.

It’s worth noting, though, that the petition was closed after garnering no more than 6 signatures.

So is neotame safe?

What do you think? Is neotame safe?