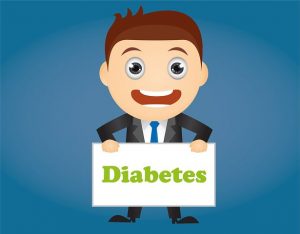 But did you know that your insurance package may play a role in holding you back from doing just that?

In an Annals of Internal Medicine article from November 20, 2018, researchers set out to test if there was a connection between the amount of your  insurance deductible and delaying diabetes care.

In their words, they wanted “to determine whether a transition from low-deductible to high-deductible insurance is associated with delayed medical care for macrovascular complications of diabetes.”

The researchers divided the participants into two groups.

The intervention group with 33,957 diabetics received low-deductible insurance plans ($500 or less) for a year. Their employers then mandated them to switch to a high-deductible plan ($1,000 or more) for up to four years.

The control group with 294,942 diabetics also received the low-deductible plan but remained with it throughout the entire time.

During the initial baseline period, there were no significant differences between the groups regarding delaying diabetes care.

Once the first group changed to the high-deductible plans, however, noticeable differences emerged:

Since the study didn’t test causality, we can’t know if paying higher deductibles causes you to delay seeking help.

But with the strong link between paying a high price and delaying seeking care, getting a diagnostic test, and receiving procedure-based treatment after the first major symptoms of macrovascular disease show up, seems to suggest that having a low-deductible insurance plan will get you to the doctor faster when it comes to diabetes.

What are your thoughts on insurance and delaying diabetes care?