New Jersey is making headlines in healthcare news these days. Unfortunately, it isn’t for a new technological breakthrough or service, but a scare: East Asian ticks. 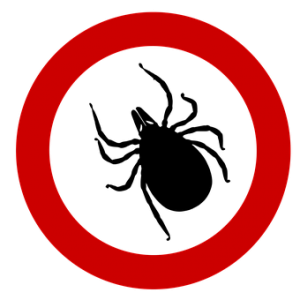 The Fear of East Asian Ticks

The tick, also known as Longhorned or bush tick, have not been previously spotted in the U.S. and their existence came as an unwanted surprise.

That’s because of their bad reputation. They have been known to carry a dangerous virus, capable of causing severe fever and thrombocytopenia syndrome (SFTS), says Business Insider. And in Australia and Asia, they’ve caused terrible damage to cattle, as well.

When Did This Start?

According to CBS, the problem became apparent when a woman in Hunterdon County, New Jersey, spotted the different-looking ticks, on her sheep. How they got there remains unknown.

According to the New Jersey Department of Agriculture press release, “the NVSL confirmed the Longhorned tick successfully overwintered in New Jersey and has possibly become established in the state.”

That means that the winter cold wasn’t powerful enough to kill the ticks and at this point they may be here to stay. But, this doesn’t mean that the state is accepting them with open arms. In fact, according to CBS, entomologists attempted to kill the ticks with carbon dioxide, just a few days ago. To their disappointment, however, they were unsuccessful in eradicating them, which is why this tick is so problematic.

Efforts will be made to try and eliminate the ticks with pesticide, in coming days. If that doesn’t work … well, let’s hope it does.

What are your thoughts about the new tick?