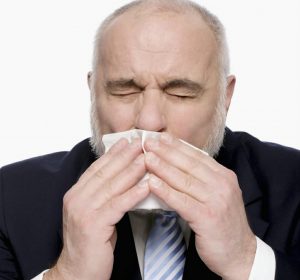 Which diseases and conditions do you think most caregivers are concerned about? Alzheimer’s? Diabetes? Heart failure? All good answers. However, what many people don’t realize is that common infections in the elderly can pose a much bigger problem.

Believe it or not, infections cause a full 33% of deaths in older adults over the age of 65. According to the AAFP (American Association of Family Physicians), that’s 9 times the mortality rate from infection of people aged 24-44.

Why are infections so common in older adults?

Good question. The main reason is that the immune system weakens with age. That’s something no amount of hand-scrubbing and sterilization on the part of a caregiver or staff member can change. So the older someone is, the more susceptible they are to catching whatever bug happens to be going around. That’s why doctors might let the flu vaccine slide for younger people, but they generally recommend it for seniors.

The second reason infections are common in the elderly is that they are often dealing with other health issues. And when the body is dealing with diabetes, high blood pressure, COPD or even dementia, it has less resources to divert to infection-fighting.

My dad lives in a skilled nursing facility. Why do I need to know about common infections in the elderly if there’s a nursing staff on call?

Because there’s a complicating factor: The usual signs of infection don’t always appear in the elderly. When a child comes home with a fever, for example, you know something’s going on. But with an older adult, that fever might not even show up until the infection has advanced. As skilled as the staff may be, the one who knows your loved one best is you. You’ll see changes in them that staff might not notice, so you need to know what to look for.

Let’s get into it. Today we’re going to talk about the 2 most common infections: pneumonia and influenza.

One of the reasons pneumonia is so prevalent in seniors is that a combination of decreased lung capacity and increased frailty weaken the cough reflex. Coughing is the lung’s way of cleaning itself out, so if someone can’t cough effectively they’re at real risk for pneumonia.

What it looks like: Don’t look (or wait) for coughing and fever. They might not show up until the situation is really bad. Instead, watch out for disorientation, confusion and even delirium. If your loved one is disoriented as it is due to Alzheimer’s, ask yourself if they suddenly seem even more confused than usual. Note: There is a pneumococcal vaccine that has been effective in preventing at least some types of pneumonia. Seriously consider it if your loved one is in a skilled nursing facility; the shared dining areas and lowered level of general immunity make the risk of getting sick even greater.

What it is: Flu is the nickname for the rather more sinister-sounding influenza, which is an upper respiratory infection. We tend to think of the flu as a rather innocent illness, but when it comes to the elderly it’s anything but. Ready for a shocking fact? With the flu and pneumonia combined, you’ve got the sixth leading cause of death in the entire United States – and 90% of those occur in people aged 65 and up.

It’s not just that a weakened immune system makes older adults more susceptible to the flu. It’s that flu complications are a much bigger risk, too (including pneumonia). Most doctors will recommend the flu vaccine for seniors.

What it looks like: When it comes to the flu, fever and chills are more common in elderly adults. But be on the lookout for behavioral changes, too. The latter might come earlier than the former and clue you in that there’s something wrong before it gets out of hand.

As always, whenever you notice something about your loved one that doesn’t seem quite right, contact their physician. If they live in a residence, let the staff there know, too. Don’t be concerned that you might be sounding a false alarm; when it comes to infection, it’s always better to be on the safe side.

Posted in Therapy Programs and tagged common infections in elderly, flu in older adults, infectious diseases in seniors, pneumonia in the elderly, skilled nursing
← Think Pink: Mamogram Event at Elmwood HillsMore Common Infections in the Elderly You Need To Know About →