Apathy in elderly adults can be annoying. When you’re enthusiastic about something and your loved one just doesn’t seem to care much, it can be frustrating. The same is true when your loved one loses interest in what used to bring them joy.

“Apathy is a sort of living oblivion.” – Horace Greeley 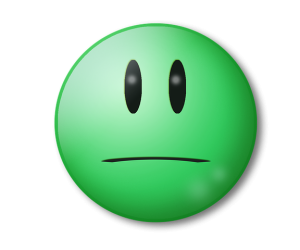 You may have gotten used to it, so you just shrug it off by now, but apathy can also be warning sign. So don’t take it too lightly.

It seems that apathy is shrugged off too often while coming at a high cost to society.

Though “apathy may be one of the most common behavioural symptoms of neurodegenerative and other brain disorders … it is [also] one of the most underrecognised, underdiagnosed, and poorly managed aspects of these diseases.”1

This, of course, doesn’t mean that you need to be concerned if your loved doesn’t always share your enthusiasm. What it does mean, though, is to pay attention and stay on top of their health.

Apathy has been connected to various health conditions:

The gray matter area is used for learning and storing memories and the white matter area connects different parts of the brain together.

Adults suffering from apathy might show some of these symptoms:

So if you read this list and go, ‘yes, yes, yes,’ don’t panic, but do stay on top of your loved one’s overall health.

Do you deal with apathy in elderly adults?

How do you handle it?

Elmwood Hills Healthcare Center does not take any responsibility for this post’s content. So any action you take based on its information is strictly at your own risk. You should always speak to your doctor about medical information and your health.

1 Leroi, Iracema, and Philippe H. Robert. “Apathy in the elderly: from assessment to treatment.” Current gerontology and geriatrics research 2012 (2012).